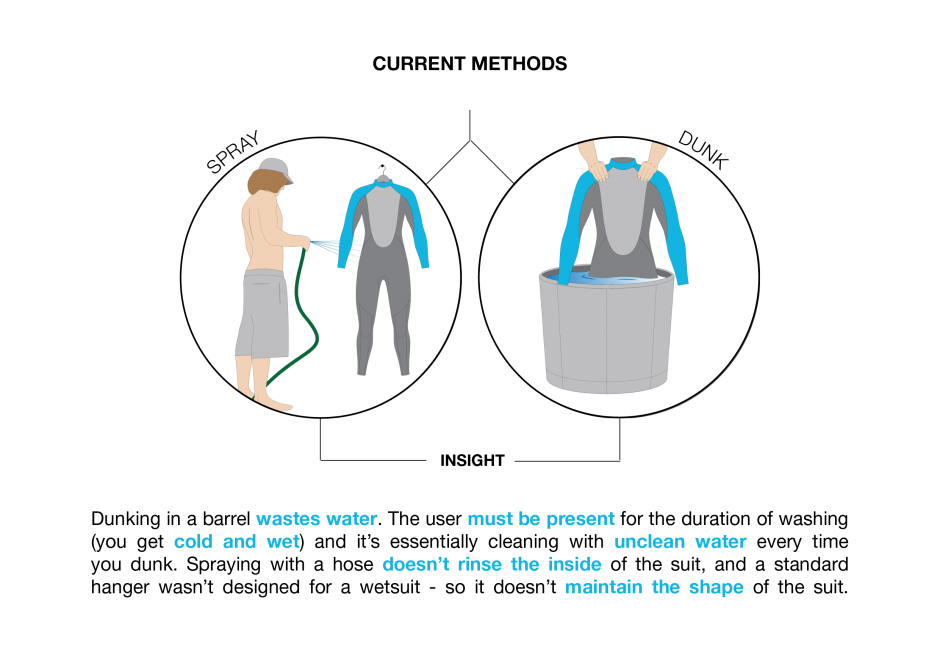 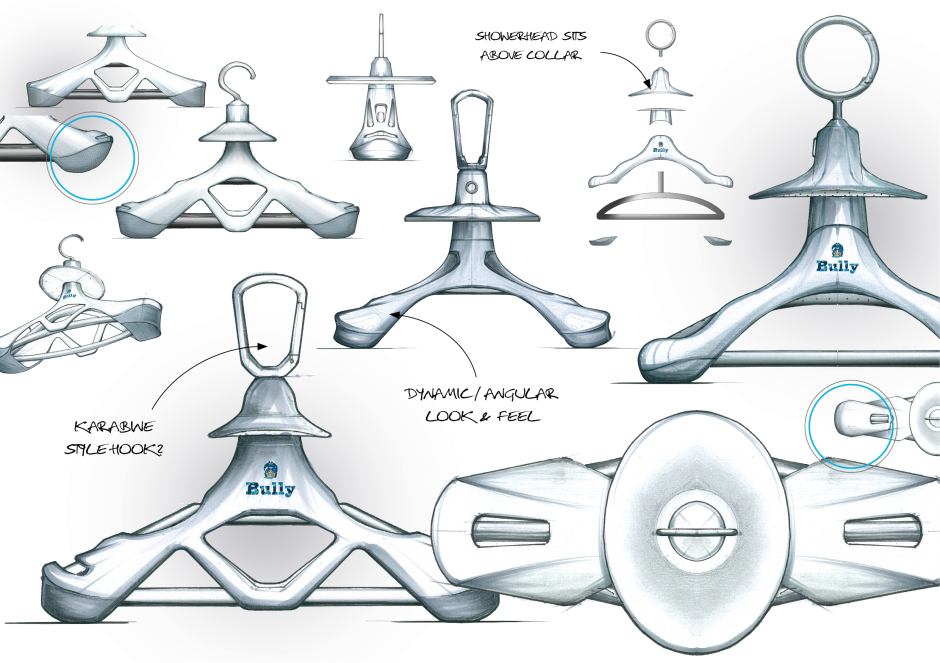 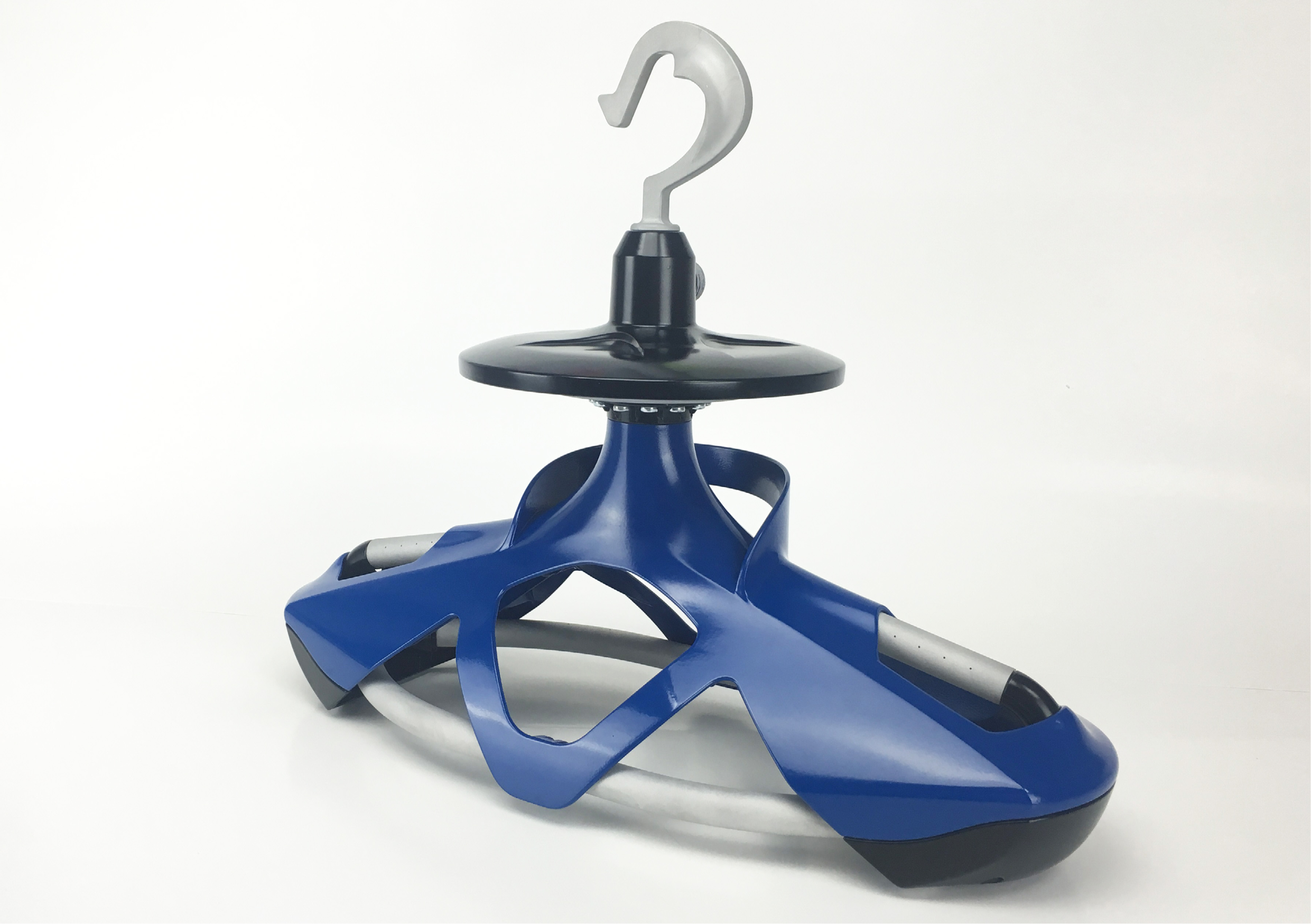 Bully Wetsuit Washer was an intensive project at IDC, with my focus being on visual language, form, CMF, detailing and overall design direction. MAS Bully are a surfing brand based in Tel Aviv, made up of professional surfers and photographers. They came to IDC with an existing product (and a list of flaws to go with it). The existing product used the ‘hanger approach’ but instead of a piping system to clean the inside and a showerhead to clean the outside, it was just a large volume with holes in. As the water filled, it came through the holes and washed the inside. The problem was that it took time to fill, became very heavy and wasted water. It also didn’t wash the outside of the suit and was lacking in visual appeal.

The new and improved Bully Wetsuit Washer was taken from concept to production-ready in just 5 months, and the client was thrilled with the end result – presenting an early prototype to the current Surfing World Champion at the 2016 World Championships in Portugal.